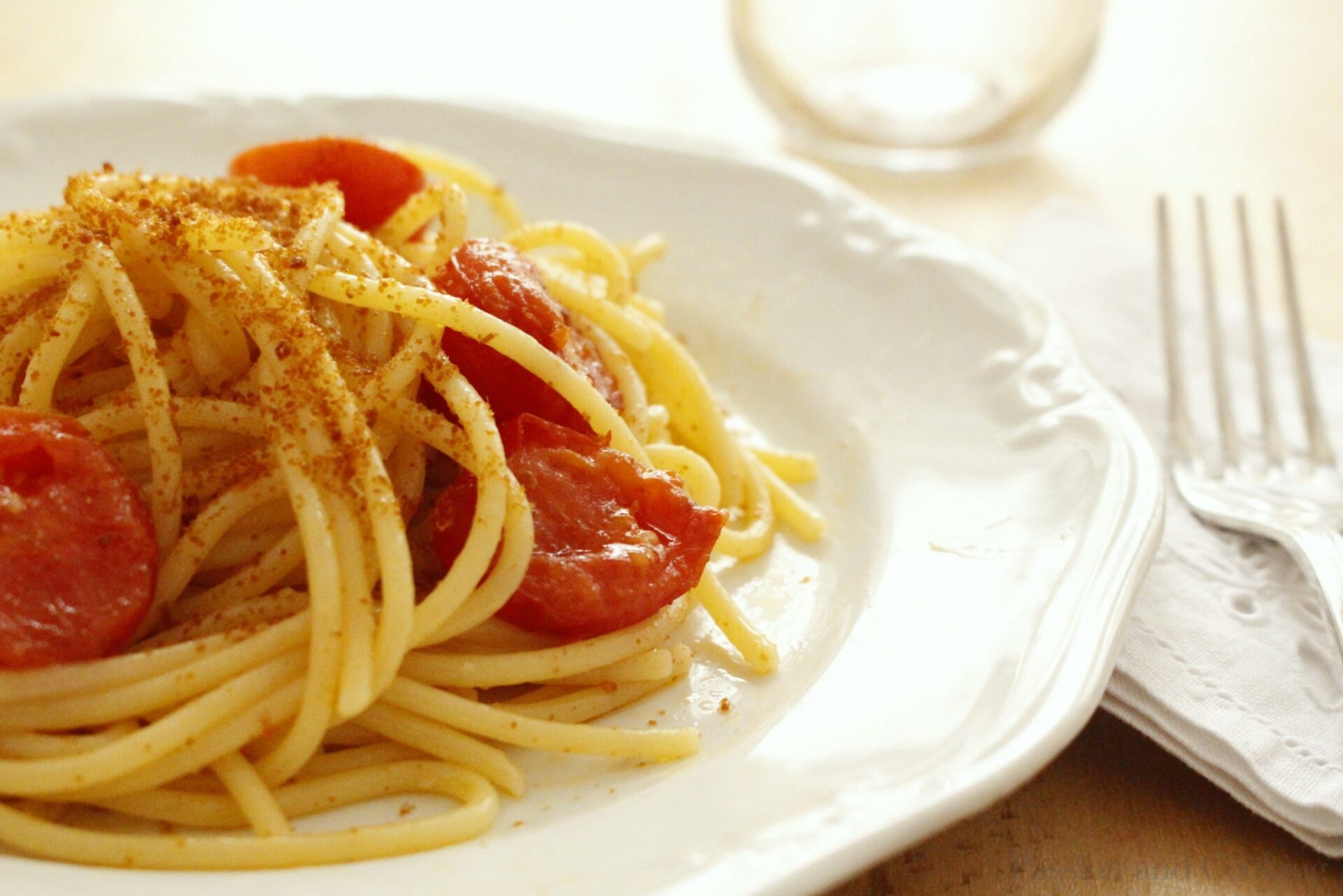 Spaghetti with bottarga (cured roe) and cherry tomatoes is a staple of the Sardinian cuisine, a tasty and nutritious first course. The addition of tomatoes give a special flavor and, why not, a touch of color; we eat with our eyes too! This is a typical fishermen’ dish, very rich in protein. The roe (the mass of fish eggs) of the female fish (grey mullet or tuna) is extracted carefully so that its enclosing membrane is not ruptured. The roe is then dried and cured in sea salt.
The origin of bottarga seems Phoenician, but the term is derived from the Arabic batarikh (salted fish eggs). In Sardinian dialect it is called butariga, very similar to the Arabic name and it is considered the Sardinian caviar. The grey mullet roe (my favorite) has an amber color and a more delicate flavor than the tuna. It can be eaten as a starter on toasted bread with a few drops of oil or on spaghetti resulting in this delicacy – a real treat that is hard to resist. 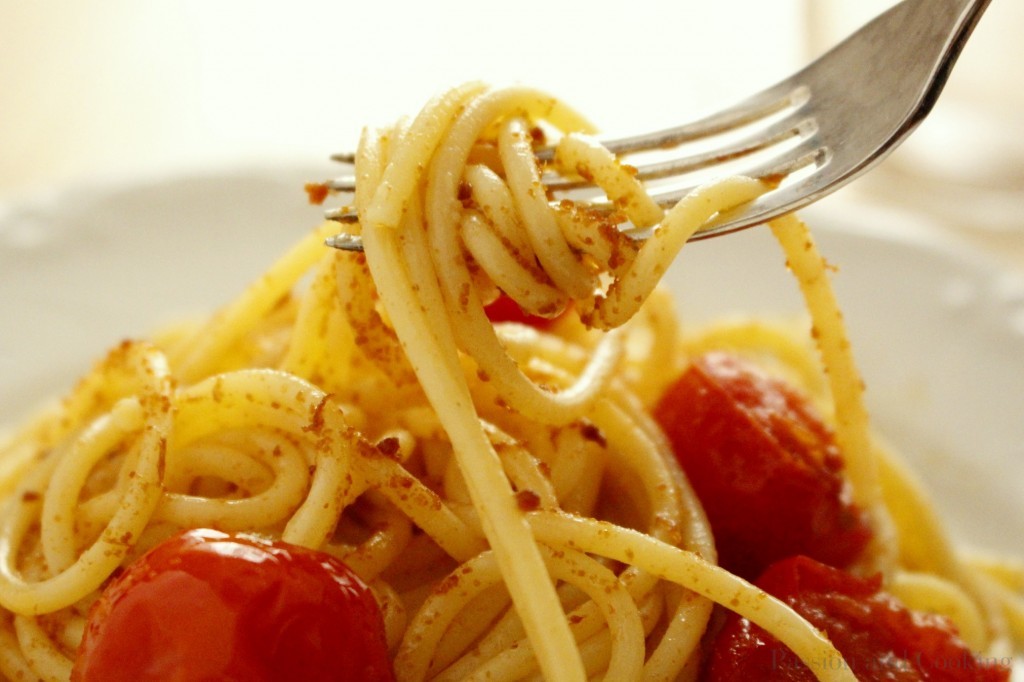 1. In a large pot bring to boil plenty of water, lightly salted.  Add the spaghetti and cook until al dente (the exact cooking time will be indicated on the package)
2. Meanwhile, in a nonstick skillet, heat the oil and fry the garlic until golden brown on medium-low heat. Remove the garlic and add the tomatoes. Cook on medium heat for 4-5 minutes. Set aside
3. Drain the spaghetti (reserve a ladle of cooking water) and mix with 2/3 of the bottarga, cherry tomatoes and the cooking water. Add pepper to taste. Sprinkle with the remaining roe and serve warm. – Paola