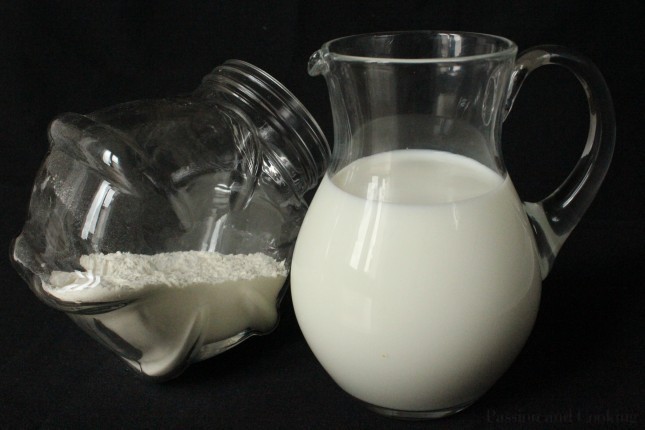 Bechamel sauce, the queen of white sauces, is typical of the Italian and French cuisine. It was, in fact, the French Marquis Louis de Bechamel who began to use it in his recipes in the seventeenth century. According to other sources the sauce was created in Tuscany and was later introduced by Catherine de Medici in France. Whatever its origin, it is one of the most versatile and tasty sauces of our cuisine. It is used for the preparation of lasagne, cannelloni, crepes, pies and baked vegetables. The traditional recipe calls for the preparation of the known white roux with butter and flour, to which milk will be added  and then cooked to the desired consistency. My recipe uses small amounts of butter, thus making the sauce lighter and easier on the stomach. The flour is added directly to the milk with a whisk, and at the end of cooking the butter has melted into the mixture. This procedure allows the preparation of a delicate bechamel and reduces the formation of lumps which instead, with the traditional method is easier to obtain. 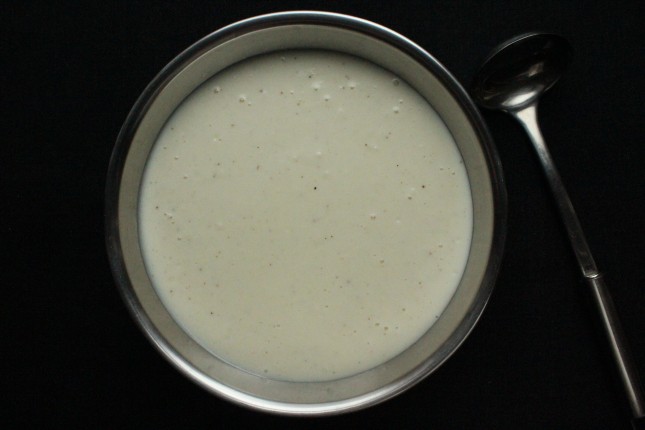 1. In a medium saucepan mix the milk and the flour well with a whisk until smooth. This will prevent any lumps from forming. Add the salt
2. Cook 3-4 minutes (medium-high heat) stirring constantly
3. Lower the heat as soon as the mixture reaches a slow boil and then continue to cook for about 10-12 minutes, stirring constantly to the right thickness (smooth and creamy). Stir constantly to ensure that it doesn’t stick or burn
4. Add butter and stir until melted. Let it cool and then use for your favorite recipe. -Paola